Captain Jack fished the remote Aleutian Islands for thirty-five years. Starting on the 123- foot Marco fishing boat Columbia as a greenhorn deckhand in the king crab boom era of the late ‘70s and early ‘80s, he rose to captain of the same vessel in 1987.

Jack gives readers the insider’s view of the sometimes harrowing, yet satisfying, fisherman’s life in the northern seas on the Columbia, in brutal winters and foggy summers until 2013, and he describes maneuvering through the ice-covered Arctic waters on the research vessel Norseman II in 2014 and 2015. Over the last few summer seasons,  Jack has also captained the “Deadliest Catch” vessels Aleutian Ballad and Cornelia Marie.

And family life? Captain Jack shows how separation from loved ones and reconnecting with “normal” on land can be a challenge. Anytime he could, he brought his family along. His wife, son, and both daughters have all worked on and around the Bering Sea.  Jack has recently left the sea captain’s life to be an author and public speaker.

Umnak "The Judge" warily scanned the flyways for other eagles from his perch--a World War II lookout, carved into the edge of the cliff. Umnak the Judge Similar relics dotted the Aleutian Islands—weather beaten, dilapidated concrete boxes, crumbling from time and...

END_OF_DOCUMENT_TOKEN_TO_BE_REPLACED 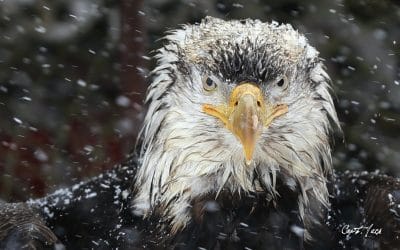 From my upcoming book. Rootok..The Shaman - Though his body ached in the wicked cold, he had to reach the one eagle he could trust. Soaring at high altitude, moving his wings as little as possible to remain invisible to prying eyes. Rootok ... The Shaman The...

END_OF_DOCUMENT_TOKEN_TO_BE_REPLACED

I have images and stories

Stories from the Bering Sea and Beyond
Hosted by Mark Caylor

There are no upcoming events.

This message is only visible to admins.

Error: An access token is required to request this resource.
Type: OAuthException
Solution: See here for how to solve this error